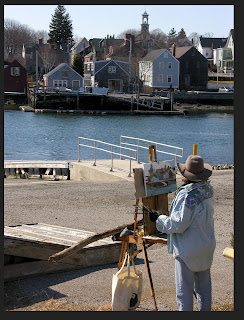 Yesterday, the weather in Portsmouth, NH proved a bit of a painting dare.  The tenacity of some seasoned plein air painters is proven when dealing with the many weather challenges here in New England. A few of my fellow painters, Phil Bean, Mary Byrom and Barbara Carr painted the gnarly trees within the confines of the sheltered gated garden in Prescott Park.   Others like me painted in the open putting their vehicle between themselves and the brisk, 30mph NE winds.  My friend Marjet found a cozy spot behind the Harbor Master's shack, next to a cast away Christmas tree strung with colored lights.  (Hmmm, good old Yankee frugality would have had that tree stripped clean of those light sets before disposal.)  Look closely at the picture though and take note of the long log balanced as as extra weight for her French easel.  It was that windy out.  Not to take pre-caution like Marjet, the attached canvas acts as a canvas sail stretched high to catch the wind and the easel can go a sailin' into the wild blue yonder.  But hey, there was sunshine! 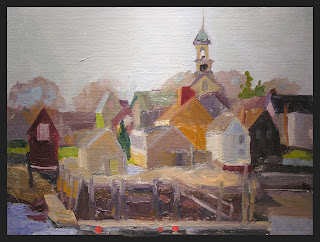 My painting site of tightly, clustered homes and fish businesses in the area called Peirce Island made me think of the unique New England road signage, 'Thickly Settled'.  This sign is not just a quaint descriptive phrase for the clusters of antique homes and buildings of Puritanical ancestral lineage.  Drivers in Massachusetts who observe this signage must drive no more than 30 mph or risk a speeding ticket according to the official DMV driving manual. 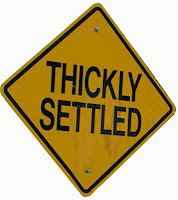 So slow down and enjoy the scenery.  When plein air painting, I do!
Posted by Susan Jaworski-Stranc at 8:36 AM No comments:

Up and Coming exhibits 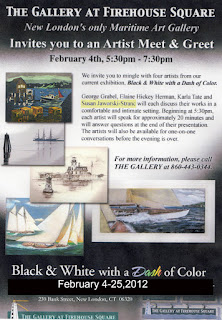 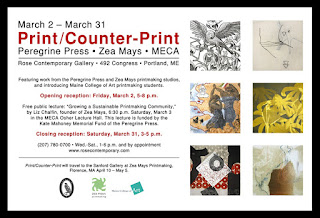 Last week I painted on the wharf along the Piscataqua River in Portsmouth, New Hampshire dwarfed by the nearby hills of salt and rusted scrap piles.  In the distance stands the Route 1 Memorial Bridge, closed permanently yesterday to all motor traffic, pedestrians and bicyclists. 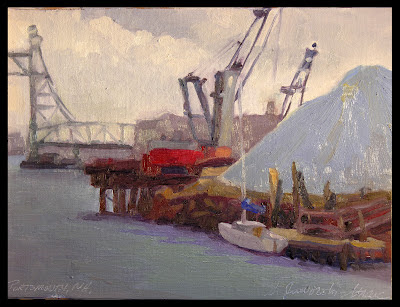 I had no idea when I painted the riverside scene, the nearly 100 year old iron tress bridge was to be dismantled the follow﻿ing week starting with the removal of the lift span yesterday.  The bridge which is one of three bridges that cross the Piscataqua River connecting Maine and New Hampshire was designated as one of America's ten most endangered historical places.  The Memorial Bridge was dedicated to all Sailors and Soldiers of New Hampshire who participated in World War I, 1917-1919.
A replica of the iron bridge will be constructed and is scheduled to open 2013.
Posted by Susan Jaworski-Stranc at 9:33 AM No comments: