In Loving Memory of my Mother
who on July 4, 2013 passed away from the affliction of terminal melanoma.


It has been 6 months since I enjoyed the pleasures of painting outdoors.  And so on a beautiful, autumn day, I painted this particular tree in a Newburyport farm field.  A small gathering of dairy cows were off to the left.  I hoped they would continue their grazing and find shade under this particular tree but alias they settled down out of sight. And I set up my easel along the side of the rural road under a fully developed Black Walnut tree.
Within the walnut's golden arbor was a frisky squirrel. I was not intimated by the multiple tumbling of  large hard fruits which fell from the branches onto the ground as the squirrel jumped from branch to branch during my three hour painting session.   Not once did they hit me although I did think often the squirrel was making a target of my head.
But the real focus of my painting this morning was this single tree in a brightly lit field: a tall, vertical assemblage of tightly clinging leaves, in a landscape of multiple horizontal banding: a fully, developed column which supported the space between earth and sky.
Trees are common symbols and metaphors used in the Bible.  They are mentioned over 525 times, more then any other living organism, except for human beings.  From the first book of the Bible, Genesis, with a reference to the Tree of Life in the Garden of Eden to the last book of the New Testament in Revelation, which refers to the Tree of Life as a major feature in Paradise. Nature is very important element to the reading of the Bible.
As modern man alienates himself  more and more from nature, can a parallelism be drawn in reference to why he is presently withdrawing from his Creator?  Isn't there a need to rediscover the Truth that nature is sacred as subscribed in the Bible?

She is like a tree planted by a stream of water which yields its fruit in season and whose leaf does not wither. Whatever she does, prospers.

Posted by Susan Jaworski-Stranc at 9:29 AM No comments:

The opening of unBINDING held at the Brush Gallery and Artists' Studios was on Saturday, September 14.  The show runs through October 27 at 256 Market Street, Lowell. 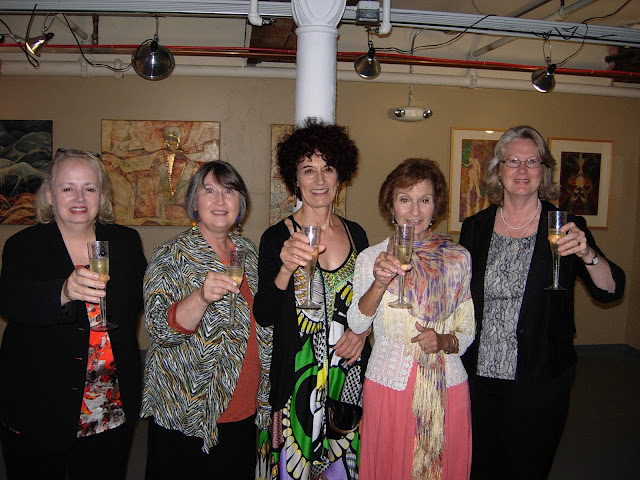 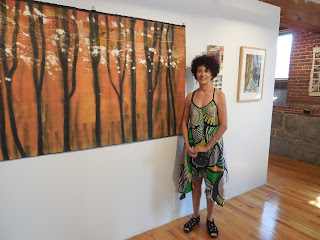 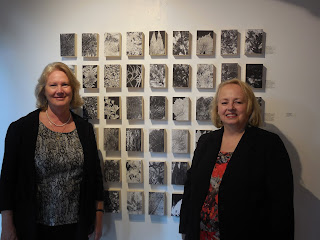 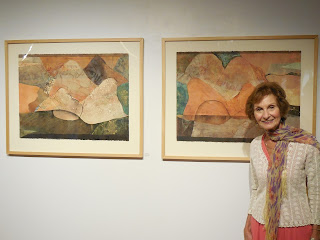 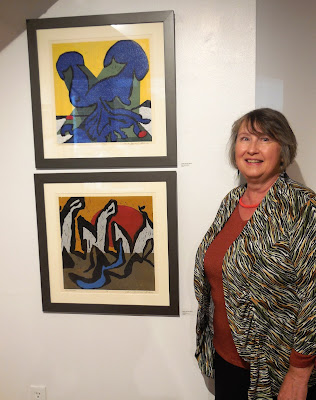 Posted by Susan Jaworski-Stranc at 9:50 AM No comments:

One of the venues for 'Lowell Celebrates Printmaking' set for the month of October, is the American Textile History Museum.  I am curator and facilitator for an installation entitled, Field Trip in search of 'Bobbinflies' now showing through January 26, 2014 at the museum.  Christiane Corcelle, Lori DeMartin, Lauren Hartwick, Jean Winslow and I are the principle artist collaborators for this two sectioned installation. 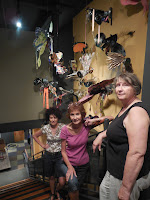 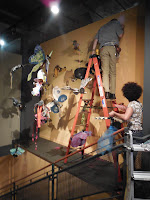 The five artists metamorphosed 21 antique wood bobbins into creatures dynamic and wonderful and affectionately nick named them 'bobbinflies'.  The fanciful wings are comprised of original hand-printed monoprints created by each of the artists and cut into a diverse range of shape, size and texture.  Each is a unique creation which moves and spins on the air currents at the head of the main stairwell of the museum. 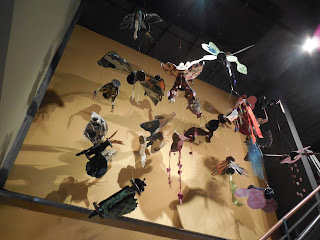 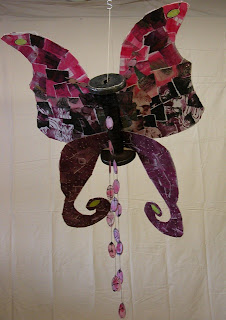 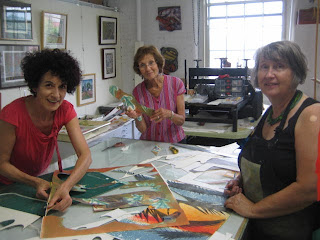 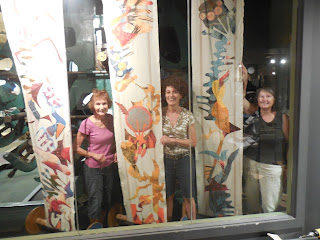 The second section to this installation are three scroll panels which hang alongside an enormous cast iron machine used in the 1800's for the printing of fabric.  The linen panels represent an imaginative field trip for the 'bobbinflies' as as an exploration of color, shape, texture and form while binding two materials, prints and woven textile into a cohesive glow from sky to ground. 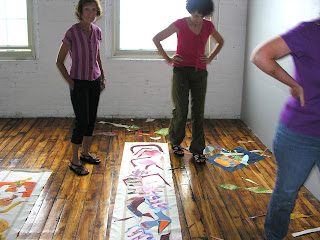 As a friend exclaimed, "Great scale, great shadows, great creatures. Such happiness!"
Take the kids and go see the  exhibit.
Posted by Susan Jaworski-Stranc at 8:56 AM No comments:

Substratum: a useful resource for printmakers

SUBSTRATUM launched this past spring 2013
With the support of Artists in Context and help from scientists, environmental engineers and health practitioners, a group of seven artists members from Zea Mays Printmaking began an investigation into the health impacts of the printing plates we use.  Substratum is a documentation of our investigation and hopefully a useful resource for other artist/printmakers and DIY practitioners.
I researched linoleum and wrote about the substrate I have worked with for 35 years.
Substratum includes health and safety information about wood, linoleum, plastic, metal and photopolymer printing plates, and links to valuable resources for understanding and further investigation. 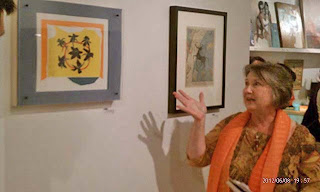 Links to articles and web site:

Posted by Susan Jaworski-Stranc at 7:10 AM No comments: